Thoughts, ideas and general ramblings of a SharePoint and Infrastructure Consultant in Vancouver, BC 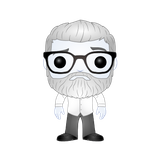 Spend any time with SharePoint 2013 (and 2016, I dare say) and you'll eventually hit a case where the Distributed Cache Service (AppFabricCache) won't start. This week saw me troubleshooting Distributed Cache in a new customer environment, and this time around the solution was a little unique.

Stepping through Sam Betts' great SharePoint 2013 + Distributed Cache (AppFabric) Troubleshooting article, I could see that SharePoint Service Instance was 'Online' while Get-CacheHost reported a status of 'DOWN'. The host names reported by both commandlets were the same between the SharePoint and AppFabric commandlets, but the AppFabric Caching Windows Service would start and then stop after a few seconds. Windows Event Viewer was littered with messages such as:

After digging a bit deeper, I found two items that were the root cause of the service not starting:

As part of my troubleshooting process I opened the DistributedCacheService.exe.config file and gave it a once-over to ensure that it looked OK. Following this I exported the AppFabric Cache configuration to file by running Use-CacheCluster followed by Export-CacheClusterConfig -Path C:\temp\AFCacheConfig.xml.

Each of these files contains a HostID parameter, which should have contained the same value - but in this case it wasn't consistent. A little copy & paste to update the DistributedCacheService.exe.config file and all is good; or, so I thought.

The Windows Service continued to stop immediately after starting, but this time the error message was a little different: